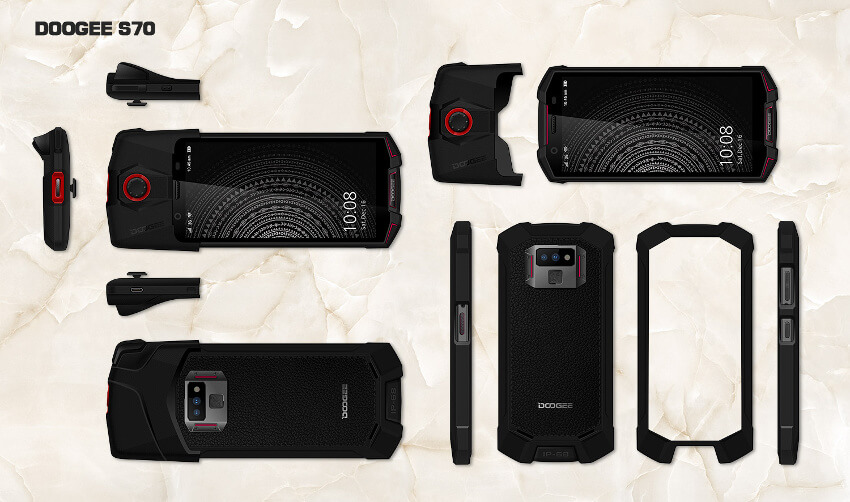 Chinese phone maker DOOGEE is planning to crowdfund the release of the DOOGEE S70 which will be the world’s first rugged gaming smartphone.

The S70 has a modular design with a gamepad attachment featuring an analog stick and trigger buttons. The phone has a rugged exterior and is rated IP68 for protection against dust and shallow water submersion. The CPU is a Helio P23 octa-core processor clocking up to 2.5GHz with 6GB RAM. A 5500mAh battery with 24W charging provides all-day power and fast charging. DOOGEE claims that the battery can provide 15 hours of game time for casual games and 11 hours for more demanding games like Fortnite and PUBG. The S70 also has special cooling features including a metal cooling module on the back and a one-touch gaming mode that clears all other applications from memory. DOOGEE claims the S70 can reach 15 times the cooling efficiency and boost the CPU running time by 60%. The screen has an 18:9 ratio. The screen size has not been announced but it looks like it is around 6 inches.
DOOGEE S70 Video: