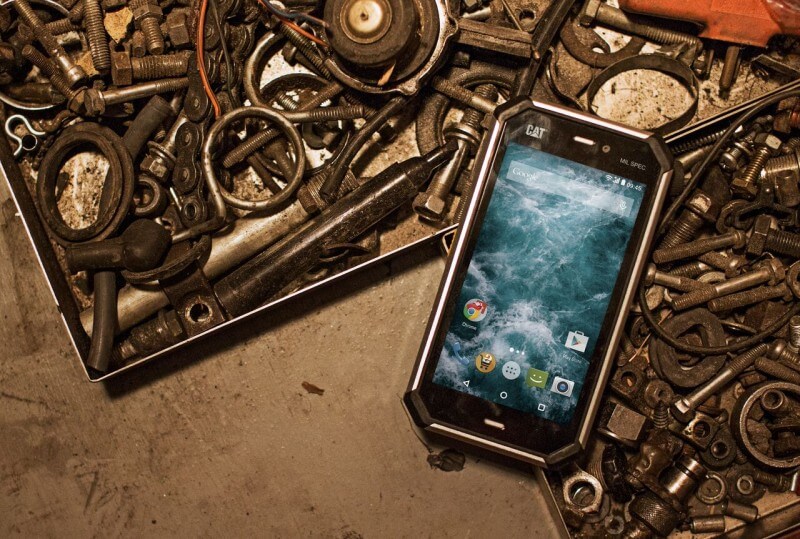 The Cat S50c rugged smartphone is now available exclusively on the Verizon network. The S50c is a new CDMA version of the S50 which is one of our top picks for rugged unlocked smartphones. Though not quite as tough as Cat’s most recent S40 model, the S50c provides superior protection over the average smartphone.

The 4.7″ 720×1280 HD screen uses Gorilla Glass 3. The touchscreen is operational with gloves up to 4mm thick and also with wet hands or in the rain and snow.

For workplace use, the S50c has the useful Push To Talk key for instant communication with one person or a whole workforce.

The CAT S50c is designed for those working in demanding environments like construction workers as well as for outdoor enthusiasts like boaters. Its ruggedness can handle all environments including rain, snow, water, and extreme temperatures. The rugged design would also be useful to the casual user as well. Cat cites industry research that says in the past seven years $23.5 billion was spent by Americans to fix or replace smartphones. 48 percent of all smartphone users stated they are currently using a damaged smartphone.

The retail price of the S50c is $399 with availability at catphones.com and amazon.com.