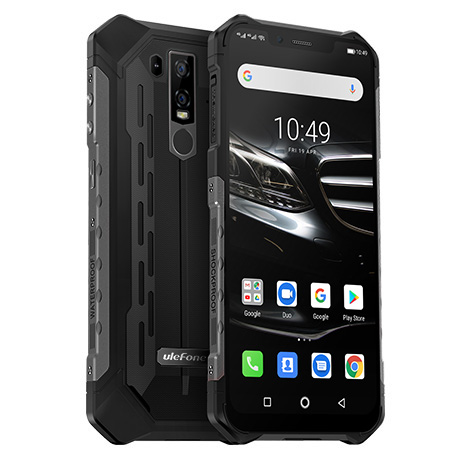 The Ulefone Armor 6E is a 6.2-inch, dual-sim phone running Android 9.0 and is powered by the octo-core 2.1GHz Helio P70 CPU with 4GB of RAM and 64GB of storage. With MIL-STD-810G testing compliance and an IP68-rating, the Armor 6E can be operated in temperatures from -20℃ to 60℃ and can be submersed up to 2 meters underwater for 2 hours. The dual 16MP/2MP rear cameras are designed to shoot photos and video underwater with the dedicated Underwater Photography Mode. The 19:9 FHD+ (2246 x 1080 pixels) screen is made of Gorilla Glass 5, and the above-average 5,000mAh battery ensures all-day use. The Armor 6E offers convenience with the latest features like a fingerprint sensor, face unlock, wireless charging compatibility (Qi Standard), NFC+Google Pay, and a USB-C port. It also has a unique UV sensor to detect dangerous levels of UV light. The Armor 6E is designed for global use with compatibility in most countries. 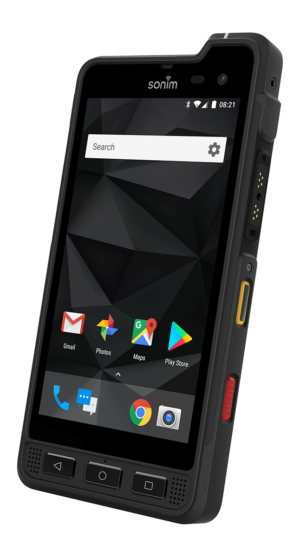 Sonim is a serious player in the rugged mobile industry, holding the Guinness World Record for highest mobile phone drop (25 meters) with its XP3300 Force. Its rugged phones are often the go-to choice for professional use. Following the highly-regarded XP7, the Android 7.0-powered Sonim XP8 features MIL-STD-810G ruggedness and is a good choice for industrial workplaces or harsh outdoor environments. It is IP68 dustproof and waterproof and is also resistant to vibration, extreme temperatures, pressure, and oil and chemicals. It offers excellent shock and drop resistance and the FHD 5″ Gorilla Glass 3 touchscreen can be operated with gloves or wet fingers. Useful features include 100dB+ speakers, dedicated push-to-talk and SOS buttons, removable 4,900mAh battery, NFC, and Quick Charge 4.0 USB-C port.

Rugged and Waterproof Smartphone With A Clean Design 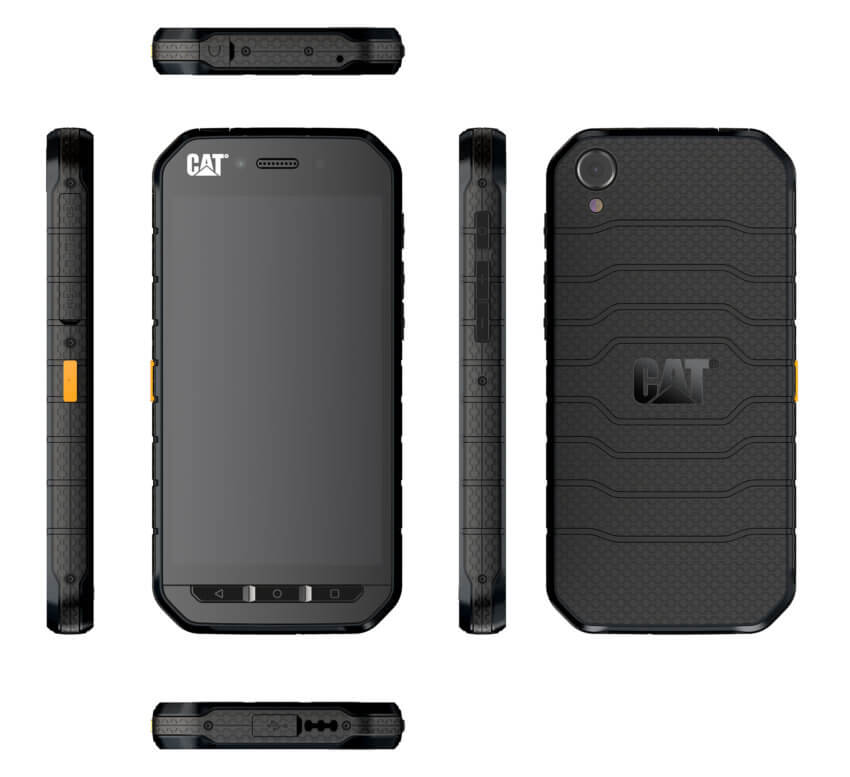 The S41 is one of CAT’s latest models featuring significant upgrades over the previous S40. Featuring a full HD 5-inch screen with Gorilla Glass 5, the S41 is powered by a MediaTek P20 octa-core 2.3GHz CPU running Android 7.0 with 3GB RAM and 32GB ROM. It has a 13 MP camera with LED flash and a large 5000 mAh battery that can be used to charge other devices. The S41 is waterproof up to 2 meters deep for 1 hour and drop-proof to 1.8 meters. The S41 is compliant with MIL SPEC 810G standards and is designed to withstand thermal shocks and salt mist spray, making it one of the most rugged phones available. For a more affordable option, the CAT S31 offers a 4.7-inch 1280×720 HD screen, Qualcomm MSM8909 quad-core CPU, 2GB RAM, 16GB ROM, and 4000 mAh battery, but it lacks NFC like the S41. 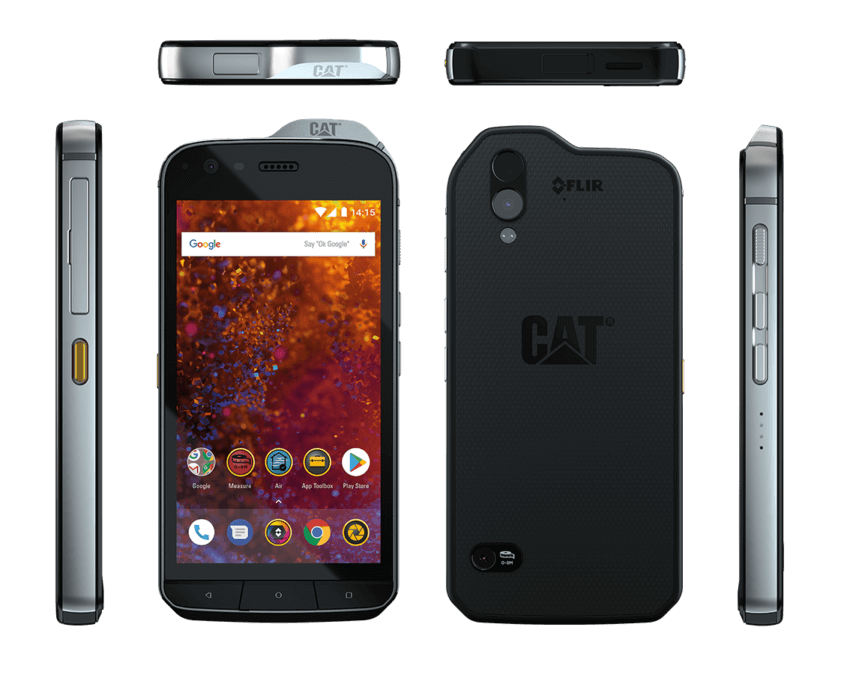 The rugged CAT S60 was the world’s first smartphone featuring a thermal imaging camera. This technology by FLIR has many applications for work and around the home such as finding gaps in insulation, electrical faults, and monitoring the performance of machinery. It can also be used to check gas cylinder levels for barbecue tanks or to explore the outdoors at night. The thermal image camera is capable of taking photos, videos, and time-lapse footage. Like the rest of the CAT S series of phones, the S60 is rugged and waterproof can withstand drops up to 1.8 meters. In terms of water-resistance, the S60 has a Lockdown Switch that allows the phone to survive underwater up to a depth of 5 meters for 60 minutes. The S60 is also designed to take photos and videos underwater, and can be used with gloves or wet fingers. The phone is reinforced with a die-cast frame and other rugged features include extreme temperature resistance from -25°C (-13°F) to 55°C (131°F) and resistance to vibration. Other features include a large 3800mAh battery, 4.7″ 1280×720 Corning Gorilla Glass 4 touchscreen, 13 MP autofocus rear camera, 5 MP front camera, NFC, and GPS. The processor is a Qualcomm MSM8952-3 (4 x 1.5GHz + 4 x 1.2GHz) with 3GB of RAM and 32GB of flash storage. The 3800mAh battery combined with the 1280×720 screen gives the S60 excellent battery life. 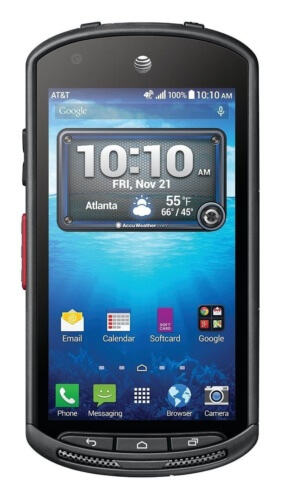 The Kyocera DuraForce E6560 was originally a popular rugged smartphone on the AT&T network. Though it is a very old model at this point, it is still popular on Amazon. Its low price makes it an attractive choice as a secondary phone, or for those who will mainly use it as a phone and not a smartphone. It has a 4.5″ IPS screen with 720×1280 HD resolution. With an IP68 rating it can handle submersion for up to 30 minutes and the touchscreen can be operated when wet or with gloves. It is MIL-STD-810G certified for protection against shock, vibration, extreme temperatures, blowing rain, salt fog, dust, and water.

The DuraForce is also designed for use in very loud environments such as construction sites or concerts. Its Smart Sonic Receiver technology sends vibrations directly to the eardrums and it has dual microphone noise cancellation, so you can use the phone even if the background noise is up to 100 decibels. The DuraForce also has a barometer sensor to measure atmospheric pressure, a useful feature for outdoor use to predict changes in weather. The DuraForce is surprisingly affordable but it doesn’t sacrifice features or durability for its lower price and it is a good choice for those who need a tough phone for work or those who enjoy spending time in the outdoors.